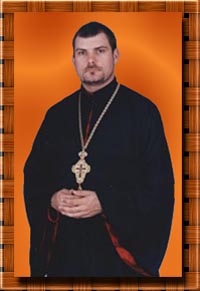 There is an amazing description of how spiritual events take place in our lives. In Luke 24 the resurrected Christ is walking veiled to the disciples, and they did not even know HIM!

They said to each other, “Didn’t our hearts burn within us as he talked with us on the road and explained the Scriptures to us?” Luke 24:32

I wonder how many times we have stood in the presence of such greatness, and not really recognize the significance until later on.

I can tell you my story of a man that I heard of.  When I came to hear him speak. It totally changed my life forever.  As I heard him speak it made so much sense to my heart, but my mind and understanding could not connect the dots. These sayings of his created so much peace in my heart and chaos in my mind, to the point as to which I had never been before.  You have to understand, I am not a jump on the bandwagon guy.  But if I have experience in and belief, I’m going to annoy you with my bandwagoness… I don’t jump easily to something that is NEW just because it’s new. But I saw the effects in my own heart and those around me who heard.  These words offended my self righteous religiosity, but liberated the inside of me to no end. Very hard experience to describe to you.  It’s like me trying to tell you what water taste like!  Good luck with that one.

Hearing him over and over made so much sense to me. I was crushed by the fact that I had spent almost 20 years in the religious realm,  totally devoted to the God Realm and serving 110%! And I couldn’t believe that I had never heard any of this kind of truth!  And to hear him made me feel so blessed, like I can’t believe I’m hearing this! I saw the miracles and peoples’ response.

I remember eating dinner with him many times.  Every time without fail the wait staff were totally drawn to him. It was almost embarrassing, I mean every where we went, people just talked and talked and wanted to badly to be around him. It was so common, it was totally expected every where we went. We would have to peel him away from people. I remember him having a  2000.00 pair of shoes from some place in Italy, have no idea the name, but still ‘Hanging with the little people’. His heart was with the people, but his mission was to challenge the church leaders of the day. For that is the only way to create change overall.

As our relationship grew I would meet him on trips just to ‘hang out’ and serve in any way I could to make life easier on him. I learned through him not only the protocol of the church, and the Christianize, but also the deeper purpose of the mission.  I have never seen a place that wasn’t drawn to him. But I have to tell you, in the gathering of the elect there was a special presence. When you gather the spiritual, and those with perception of the anointing there was a very special Draw on the Presence.

And every single time this man opened his mouth whether in the pulpit, or at the dinner table, or in private; I was never ceased to amazed. I can say with full assurance that he changed my life forever. My mind, my spirit, my theology is all the better and more solid than ever before.

I can remember the bliss that filled me thinking about the great movement I was a part of.  Not in any prideful way but a sincere love and devotion to the path that was laid out before us by God. I mean it seemed so great and perfectly fit! Overwhelmingly blessed beyond measure.  But we slowly became a threat to the status quo and system of the day.  The gazing eyes of the lack of respect was stinging. Not realizing that we were not the enemy!  Many times we would have to leave abruptly after meetings because people did not ‘agree’ with him as he laid out the spiritual plan.  Many of those ‘spiritual leaders’ would have him come and hold meetings only to use his gift and difference to add monetary blessings to their own work. You see I have seen him so many times be tolerated and not celebrated.  I know most people don’t know this but many of those with gifts of the spirit can easily get prostituted for that gift!  I know many don’t want to think of this, but said leaders have many times brought people into their congregations to do one of several things:

1. Bring a stirring and commitment beyond the normal realm of commitment. (revival spirit)
2. To confirm, affirm, the current leaderships path
3. To create buzz about the mission of the church, and fund projects

You can see where this man clearly would and could not be a good candidate for some of these.

He is the simple man and woman’s guide; and every religious leaders nightmare.  You see when he speaks I could see the simple people freed into the presence, and the religious blinded.  Even by the same teachings, it would sear the heart of the religious and harden, and free and feed the hungry and called at the very same time!